“But I’m not ready to go just because my detractors want me to,” says Dato’ Sri DiRaja Adnan in a brief interview with the NST 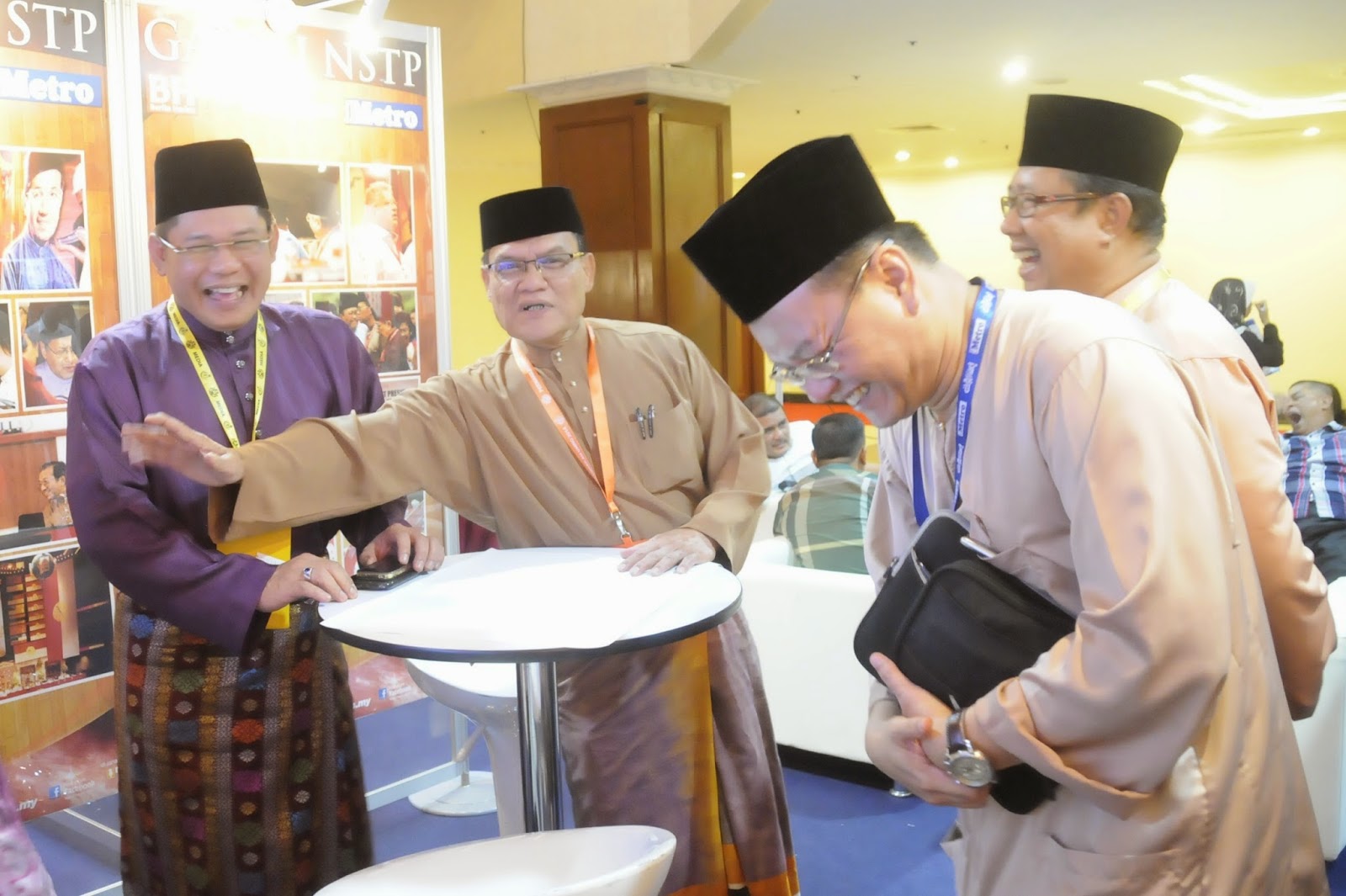 This photo is taken during the Menteri Besar's unscheduled visit to the NSTP booth at the 2nd Level, Putra World Trade Center (PWTC), Kuala Lumpur on Friday evening, November 28.

NST : The opposition has won more seats in the last General Election (GE) especially in constituencies with a sizeable Chinese voters. How will UMNO play its role to help Barisan Nasional (BN) wrest back the seats in the next GE?

DSDRAY: The State Barisan Nasional (BN) accepted the choice and verdict of the voters in the 2013 General Election. The BN State Government will continue to look after the affairs and interests of all the people in all areas regardless of the party they chose in the General Election.

UMNO is a Bumiputera and Malay-based party. But the State UMNO will look after the interest of all the people. UMNO Pahang is for all ethnic groups. We’ll try to be fair to all.

Non Party members of all races will not be left behind. If they come to UMNO for assistance of any form, we’ll try to help and facilitate. This is not mere rhetoric. Records will indicate that State UMNO leaders at all levels have rendered assistance to people of all races.

All UMNO activities in future will include all people in line with this notion of ‘Pahang UMNO is for all’.

NST : As one of the longest-serving State Liaison Chairmen and MBs, do you think UMNO has really changed to win the hearts of young voters both in rural and urban areas?

DSDRAY : No, UMNO has not gone all out yet to win the hearts of the young voters. The move, if at all there is, is still very slow.

Hopefully and I’m sure it will happen in line with the guidance given by the President in his Keynote Address to the delegates and the Deputy President’s Address during the official opening of the Wings’ Annual General Assembly.

After this I’m sure all UMNO leaders at all levels in all States will execute the plans to attract the young voters towards UMNO. This is important as an effort to rejuvenate UMNO so as to remain relevant at all times.

As for Pahang, the State will allocate position for the young in suitable places. This will be done the soonest possible.

AM STRAIGHT-FORWARD AND FRANK PERSON
NST : There are those who criticise your leadership style while others claim that it is necessary for you to be firm to help maintain unity in the party and ensure smooth development in the state.

Will you change your leadership style to accommodate the new voters and young party members?

DSDRAY : Every leader has his or her own style of leadership. No two leaders have the same or similar style. This is simply impossible. A leader can’t simply change certain traits he was born with.

It’s not my intention to talk about me personally. Since the question was asked, I can say only this; I’m a straight-forward and frank person who tries to be sincere and honest at all times. I would give credit where it’s due.

I would point out a mistake or wrong there and then. I don’t think this is wrong especially in this global world where we’re talking about accountability and transparency and as long as you remain proper.

NOT PREPARED TO BE SOFT

The people of Pahang fully understand their Chief Minister.

If you want me to become soft and weak, I’m sorry I’m not prepared to be one. I will go for changes to accomodate the wishes of the people, but to change just for the sake of changing, then the answer is no.

I’m sure the young will not be uncomfortable if a leader is robust or tough anyway.

NST : Will the recent tragedies and issues in Cameron Highlands affect the party’s performance in the next GE?

Issues like this will of course affect the Party if, and only if, we don’t take the necessary corrective measures. If we are serious and successfully execute the correct measures, people will not lose confidence in us. They will see the openness in the government’s attitude.

NST : Some people claim that you have ‘overstayed your welcome’ and should give way to the new leaders. Do you think that the time has come for new leaders to take over the party and state leadership in Pahang?

I’ve been around for quite some time. But my contemporaries have been around longer than I am. I’ll go when it’s time to. But I’m not ready to go just because my detractors want me to.

Allah has willed that only the Prime Minister and the Sultan can determine my position. More so the MB holds office at the pleasure of the Ruler. Ever since day one, I’ve groomed and introduced many young leaders to gain experience so that one day they can go up the ladder.

It’s up to them to learn and to perform. The rest remains with Allah The Almighty. In the meantime, no one should usurp the right of Allah who determines all things including pushing up and pulling down people (to and from certain positions). – NST/Khabar 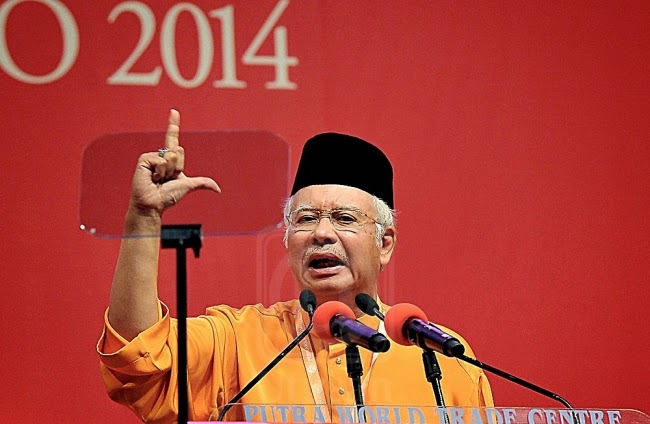 "Kita 'very open, very transparent. Anybody can give their opinion'. 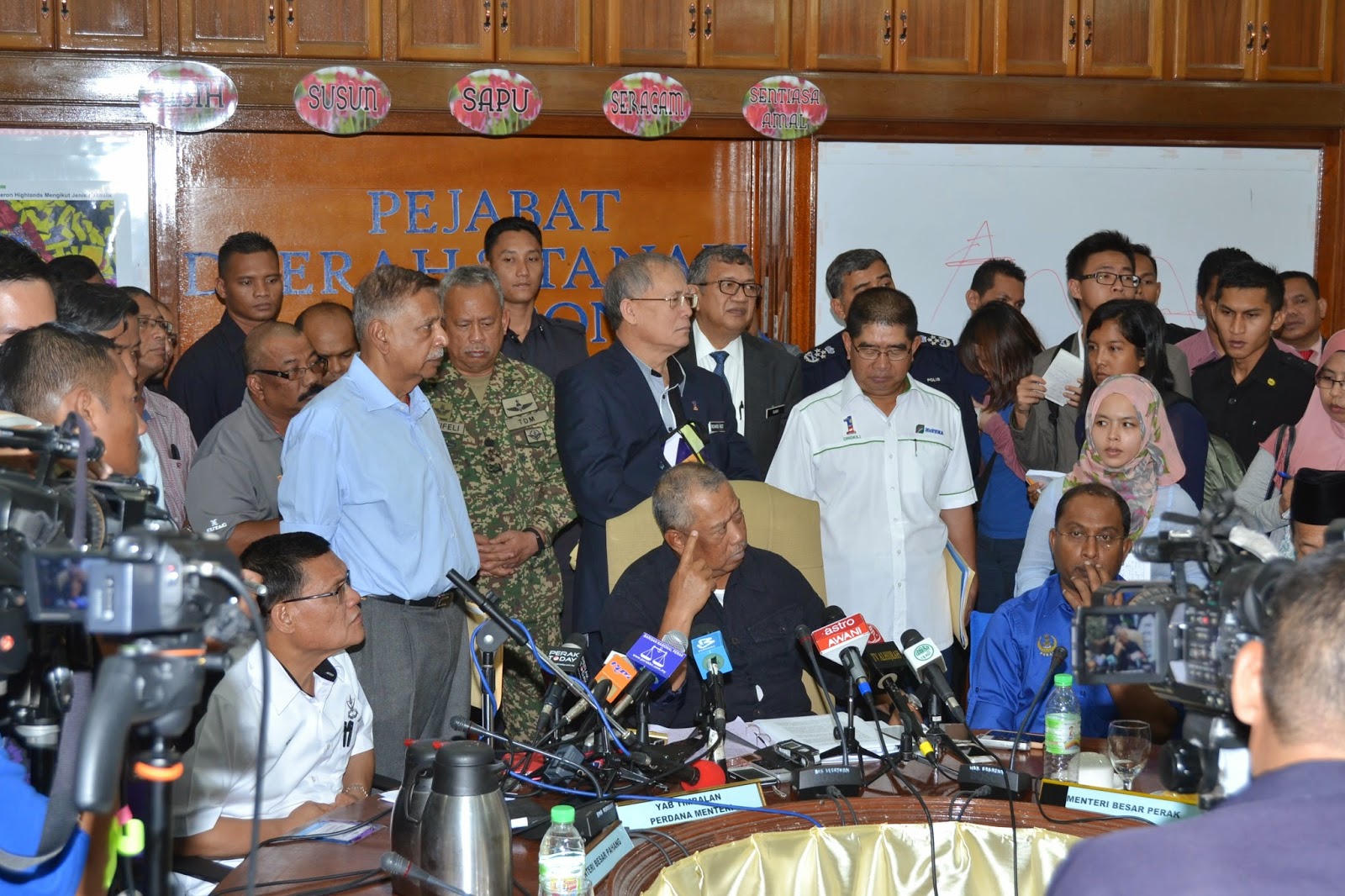 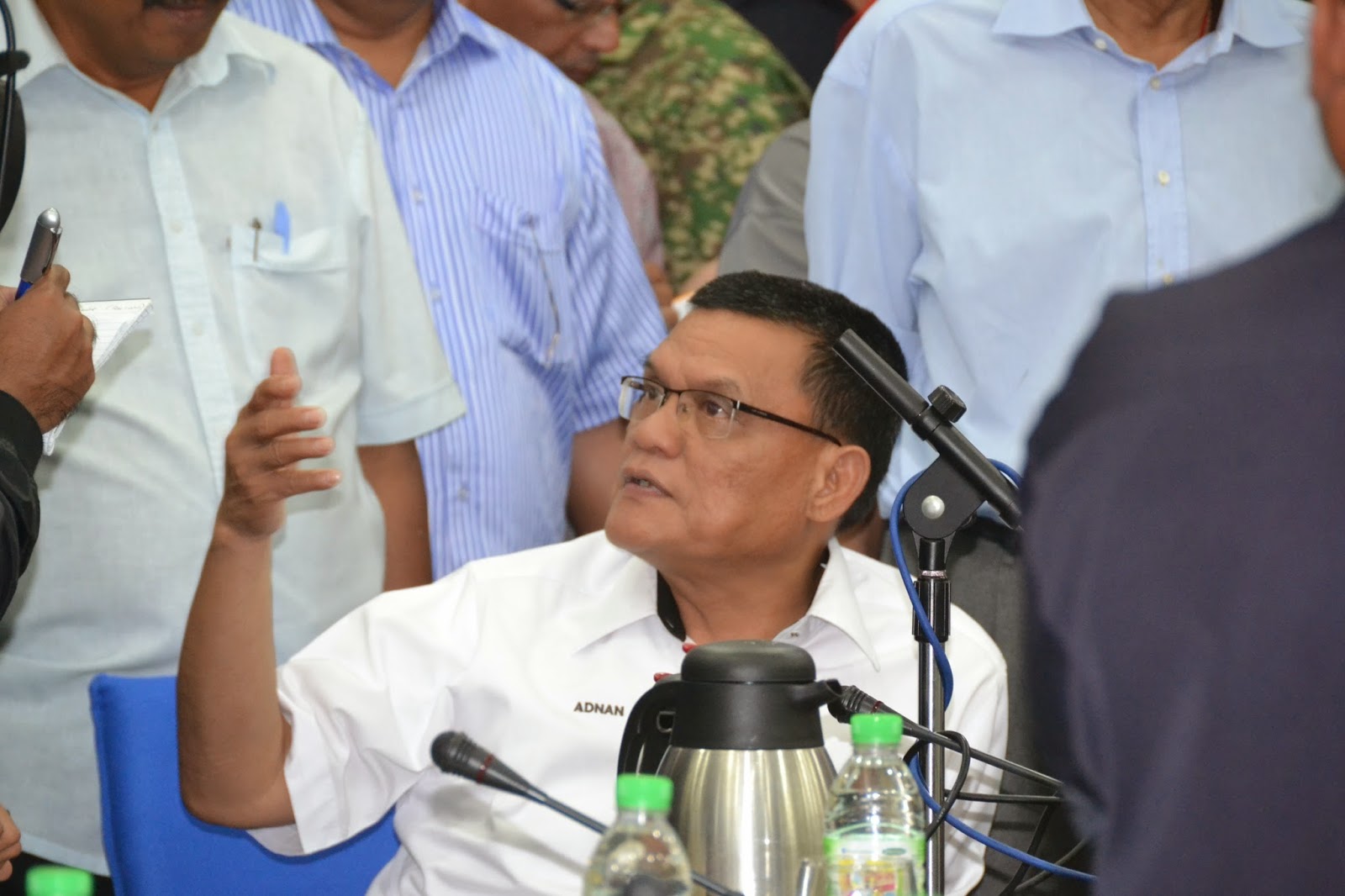 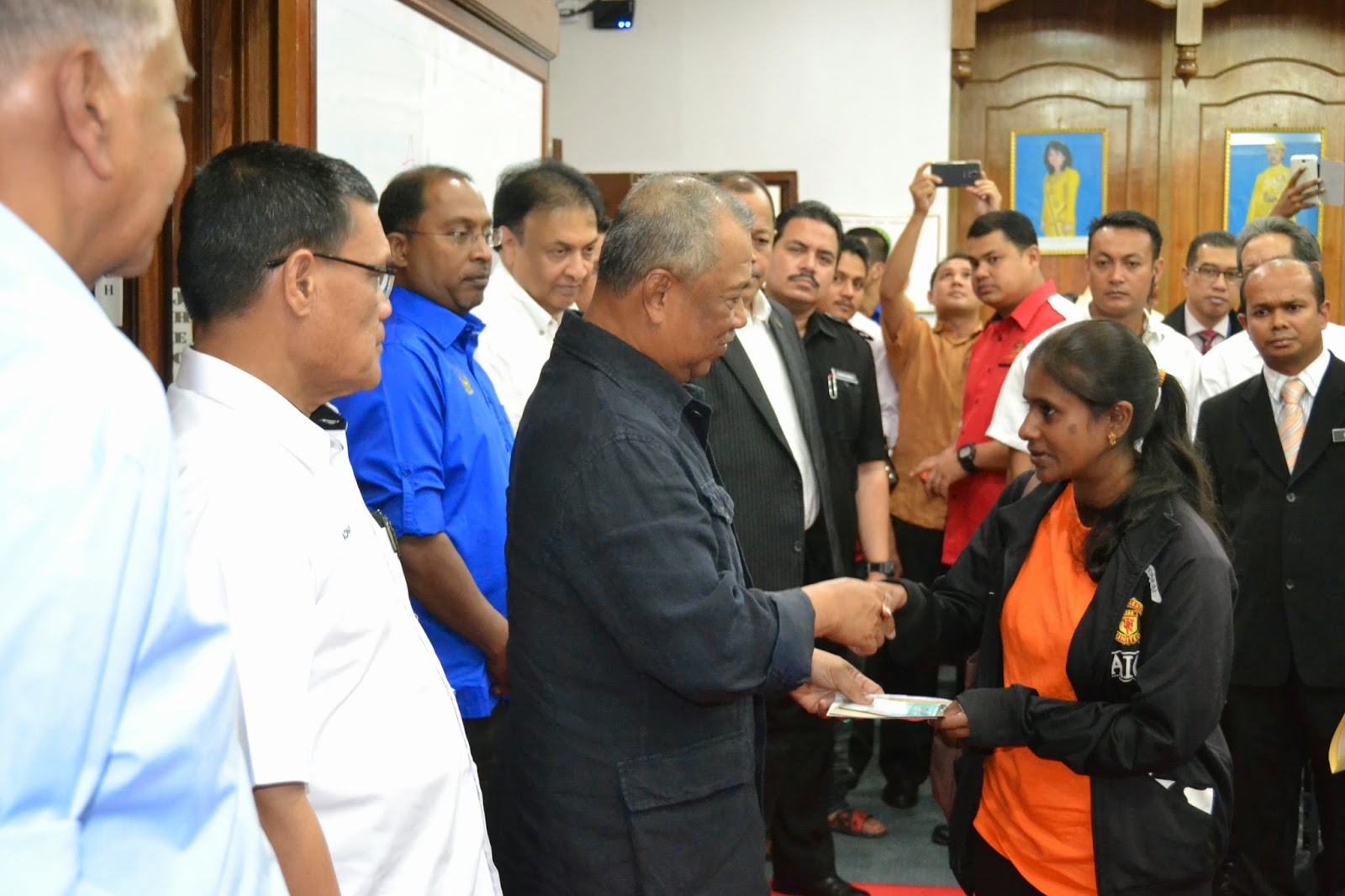 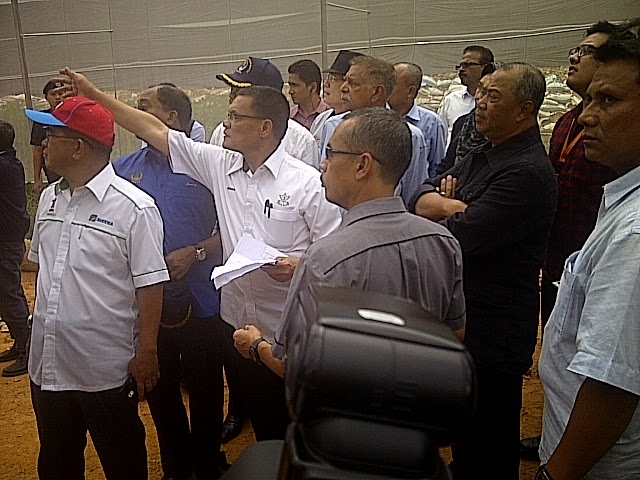 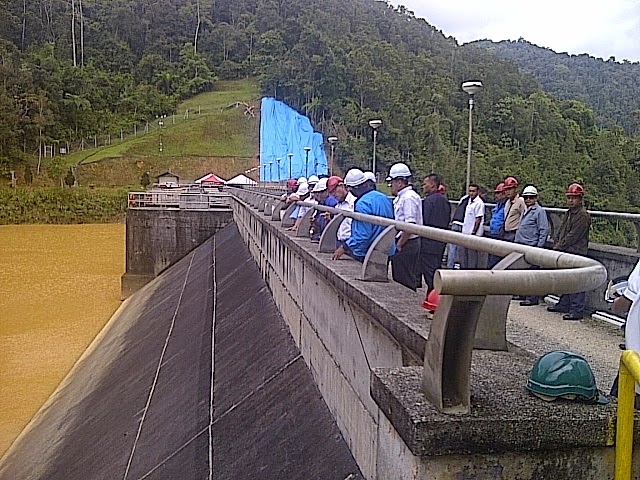 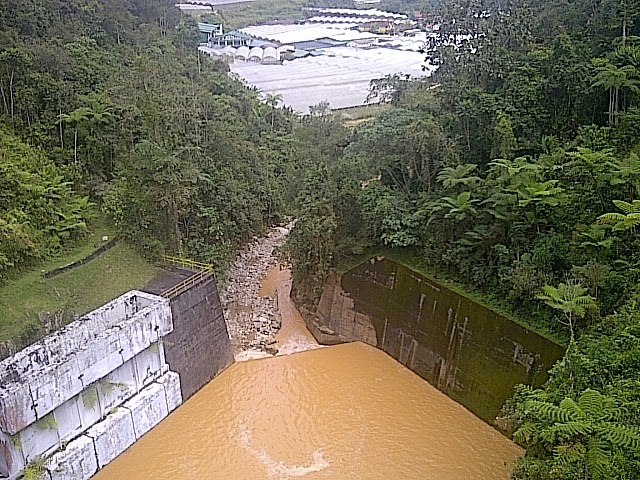 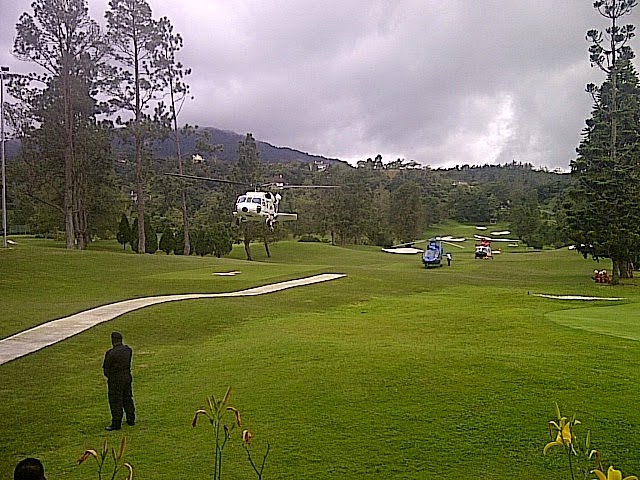